Welcome to another Halloween cartoon recap! Today we’re checking out Garfield’s Halloween Adventure from 1985 which is older now than the Adam West Batman series was when I watched it as a kid and still had a future.

This tells you two things:

Which isn’t very nice of me to say, but it is true.

I’ve never really been a fan of Garfield. I know a lot of you are and these old specials have some great meaning to you, but, honestly, I just always thought Garfield was an asshole. All cats, pretty much. I don’t like cats. Maybe that’s it. I just don’t like cats.

Wow. That got solved way easier than I thought it would. Who needs therapy when you have a blog?

I don’t really remember this special, actually. I’m very familiar with Garfield’s Christmas one, but this? Not so much. My Mom was and is super into Christmas so she used to make us record all the Christmas specials each year. We had a bunch of VHS scattered around the house back then with everything from Garfield to Rudolph to Yes, Virginia, There Is A Santa Claus. But Halloween? My Mom didn’t put over Halloween like that.

Maybe this will trigger some memories as we get into it, but before we hit play, I really have no idea what’s about to happen here.

We open at the break of dawn where Garfield is being awoken by Binky The Clown on TV. Binky is fucking terrifying. Like worse than that IT clown. This motherfucker just keeps yelling about wanting you to exercise so you’re not worthless. Fuck you, Binky, you can’t tell me what to do.

Binky does say there’s candy up for grabs tonight, though, so Garfield gets hyped and starts singing over his opening credits because we’ve got to find a way to kill a half hour here.

Garfield starts planning his Halloween and says he needs a costume and a sack. I’ve gotcha sack right here, pal.

Yep, totally just grabbed my crotch as I said that.

Garfield tries scaring Jon, his owner and then Odie, Jon’s dog. He then delivers a soliloquy about Odie being a moron, but Garfield is just confirming my belief that he’s a complete asshole. Now he’s going to trick Odie into coming with him tonight so he can later take Odie’s candy from trick-or-treating as well. What. A. Dick.

Garfield and Odie go searching in the attic for shit to make a costume with since Jon doesn’t throw out anything and Garfield graces us with another song about all the options he has which is…look, I fucking hate Garfield.

They settle on pirates, by the way.

Garfield and Odie go out like all the other neighborhood pets without adult supervision which is par for the course, but rather than ring doorbells and get candy, these two buffoons just walk around and sing about not being scared while simultaneously freaking out over some of the other trick-or-treaters.

Finally these assholes start collecting what they went out for and have themselves a nice looking haul which is insane that nobody questioned why the local cat and dog aren’t on leashes. Rather than calling it a night, the two decide to steal a rowboat and cross the river to hit all the houses over there.

It’s pretty absurd since they probably just could have called a cab since cats and dogs are treated like regular people in this town. When the rowboat finally hits shore, they come upon one house. One singular house. It was completely not worth it to steal this boat if they were only going to get one house. To make matters worse, they break into the house where Ed Asner – best known as Uncle Nick in Christmas Vacation 2: Cousin Eddie’s Island Adventure –  is sitting alone and not thrilled about being disturbed. 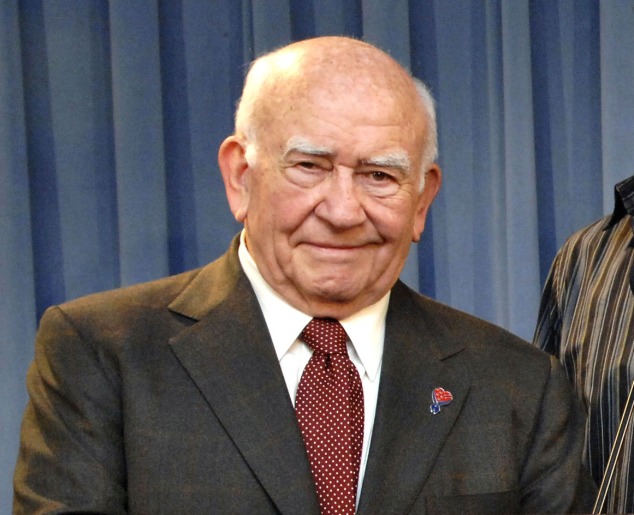 OK, fine, he was the voice of Carl in Up.

He starts telling Garfield and Odie that they’ve made a grave mistake by coming here on this night because pirates once buried treasure on the island and left a cabin boy who went on to become Ed Asner who then goes on to steal Garfield’s boat and candy before the pirate ghosts can steal his soul from trying to find their treasure.

The clock strikes…I dunno what time it is, but it can’t be too late because pets can’t be trick-or-treating too late into the night, when pirate ghosts and their ghost ship start approaching the house to claim their long-lost treasure. Of course, Odie is a moron and sneezes to give away their hiding spot and we’re treated to a slow-motion chase that ends with Garfield and Odie decided to swim for it. It’s only then that Garfield remembers he can’t swim. Because he’s an asshole.

Odie saves him because he’s not an asshole and swims them back to shore where they find the rowboat with their sacks of candy still there and intact. Garfield thanks Odie by allowing him to have his own half of the candy. What a pal.

You may have already figured it out, but yeah: not a fan.

Nothing really changes my feelings for Garfield. Just not into it. If you are, terrific, I hope you enjoyed it, but there’s just something about the voice and how he treats Odie like shit that I just don’t like.

More than just that, this special was just completely bland and really had nothing going on. So much of what is in here just feels like filler to be able to fill their slot that nothing after the terrifying Binky the Clown appearance is even remotely engaging. Once getting to the island, it even finds a way to go further downhill with their homage to pirate ghosts.

Hey, they can’t all be winners and maybe there was a good reason I don’t have memories of this from when I was a kid. Hopefully, tomorrow will hold something a lot more entertaining. By “a lot more” I mean “at all entertaining.” Garfield sucks and I hope a good deal of you realize that.