Welcome everybody to a brand new beginning! This week we’re going to be watching Season 3 of the Netflix series She-Ra and the Princesses of Power! Having just completed the 200X Mike Young Productions He-Man and the Masters of the Universe, this seemed like a natural piggyback since Season 3 was just recently released.

Since we’re not starting from the very beginning, let’s do a quick little history: the series focuses on teenage Adora who has grown up while part of the Horde and has finally graduated to Force Captain. When she finally leaves the Fright Zone, she realizes that the Horde are the real bad guys and comes across a sword that enables her to transform into She-Ra, the defender of Etheria. Pretty simple, right? Right.

Whereas in the original Filmation She-Ra Adora was the kidnapped twin sister of Prince Adam (He-Man) and would eventually feature crossovers and Christmas celebrations between universes, through two seasons of this series, there hasn’t been any mention of that little plot point and really, it’s not even missed.

Though I was kind of iffy on some of the first images that were released publicly prior to the series’ debut, I promised myself to give it a fair shot since it was being done by Dreamworks and I absolutely loved the Voltron: Legendary Defender series they put out a couple of years prior that was way, way fucking better than anything Voltron ever before. I even did an episode recap of the premiere episode of that way back when so you know I’m not lying.

But anyhoo, once it was released, I was with it from the start. The story isn’t a far cry from the original and the characters have their features and traits turned up to eleven in a way that allowed a group of teenager princesses to stand out in a fun and colorful way. The show does such a good job of establishing each of its own pieces and relationships that, even though there are plenty of mentions of Eternia and Grayskull and the He-Man mythos, you’re not for one second pining for the moment when Adora calls on her brother to come help her and her friends protect Bright Moon.

Usually when I do these recaps, they’re of old shows that I’m rewatching for the first time in forever, but with this, I’ll be recapping as I go through them for the first time. Season 3 only consists of six episodes and I don’t even have to finish it to know I’m going to be lamenting the lack of Entrapta in my life once I’m done.

All of you have Netflix or you have your significant other’s password for it so login and pull up this show because we’ve already taken too long.

Seriously! Can you watch that and NOT be fired the fuck up for this?!

I love the title of this episode simply because it immediately makes me think of “The Problem With Power” which is regarded by anyone with two eyes and a heartbeat as the best episode of the original Filmation He-Man. In it, He-Man is tricked into thinking he killed someone because of recklessly using his strength and throws away his sword as he grapples with the reality of what he’s done. Without having even hit play yet, I can see Adora facing a similar path, not necessarily killing someone, but dealing with the expectations of who she’s supposed to be despite just being a young girl.

We open with Adora asleep in her room in Bright Moon where Shadow Weaver is standing above her. It’s enough to wake Adora and she draws her sword, but Shadow Weaver collapses obviously incredibly weakened from…something I’m sure we will learn about. Shadow Weaver is taken to the prison, but refuses to talk to Queen Angella or Castaspella insisting that she has vital information, but will only share it with Adora.

For the record, I’ve met Shadow Weaver and found her to be rather friendly.

Catra is shown locked in a prison cell herself, but she’s about to be busted out by her BFF to the FFF, Scorpia. Scorpia is in a hurry because there’s a council being called by Hordak to witness Catra’s punishment, but Catra has pretty much given up on herself and doesn’t want to be freed. Scorpia tries appealing to her sensibilities and friendship, but Catra tells her not to care about people because caring is why she’s locked up in the first place.

Adora is trying to get an audience with Shadow Weaver, but Glimmer and Bow are on alert to put a stop to that noise. Adora, however insists since Shadow Weaver is the one who raised her and if there’s a chance she can or could turn to good, she has to know. Shadow Weaver is rapidly declining, dying even as Hordak has sapped her of her powers and left her a broken shell of herself.

This shit is getting real as fuck right now. Adora jumps into She-Ra to heal Shadow Weaver on the condition that Shadow Weaver reveal why she’s come to Bright Moon, but Glimmer stops her because Adora has not yet learned how to heal others yet. This is one of the things I really enjoy about this series, that Adora’s She-Ra is very much a work in progress as she’s constantly learning more and becoming frustrated by what she can’t learn. She’s not just immediately all mighty from the get like Bobby Lashley. Shadow Weaver offers to help Adora as she was formerly the teacher of magic in Mystacor where she trained her prize pupil, Micah, father of Glimmer who became King of Bright Moon.

Shadow Weaver takes about 18 seconds to teach She-Ra to focus and allow the power from her sword flow through her which Adora has been unable to even coming close to doing through the first two seasons, but – HOT DAMN – it’s sure as shit working now and, as the power illuminates She-Ra, she places her hands on Shadow Weaver to deliver some healing that would make Mr. Miyagi so jealous that he’d sweep the leg himself. 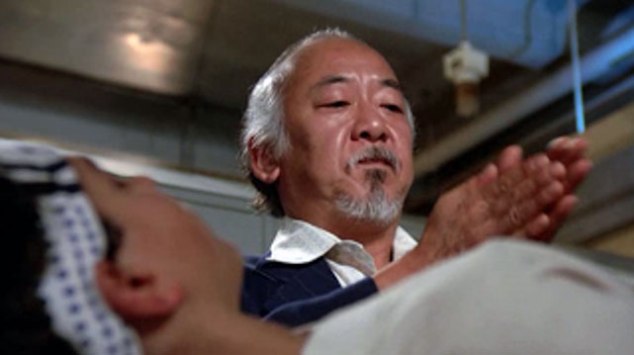 Of course, Angella and Castaspella come busting into the room because of the commotion and are like, “Goddammit, Adora, what in tarnations were you fucking thinking?” Luckily, Glimmer is the voice of reason telling her mother and aunt, “Yo…she’s fucking She-Ra. She can handle this shit.” Shadow Weaver begins recovering almost instantly and finally shares her reasoning for coming to Bright Moon: the Horde betrayed her and left her for dead so now she wants to shove it up their ass. Welp, I mean, yeah…I fuckin’ buy it.

Shadow Weaver starts breaking down Hordak’s big plans to open a portal which will bring even more Horde forces to Etheria for a takeover, but our heroes ain’t buying what she’s selling. Shadow Weaver knows it sounds ridiculous, but tells of a time years ago when Hordak WAS able to open a portal, but only momentarily and brought back from another world a baby girl. Adora…from Eternia.

Quick break for a live look at me:

This is all too much for Adora and she runs out, jumping on Swift Wind, her trusty steed to pay a visit to Light Hope who acts as Adora’s spiritual advisor and the facilitator for the She-Ra powers. Light Hope is a hologram being similar to Synergy of Jem and the Holograms fame who, with a computer-based programming built by the First Ones (ancient Etherian settlers) cannot comprehend the swings of human emotions and is therefore unable to understand why Adora is so upset to learn that she was indeed kidnapped and brought to Etheria as a baby and why she would ever want to go back and learn of her family and home. Adora asks if there’s any way she could go back only to find out that Mara – the last She-Ra before Adora – ruined any chance of using portals again and that, by doing so, would cause a cavalcade of problems.

This scene does a really good job of delving into Adora’s past and her angst with not being able to have a choice in anything. The mantle of She-Ra has been bestowed upon her – like it or not – and, at least for now, she will be left with more questions than answers regarding her past while simultaneously being trapped with a destiny she may have never wished for.

Adora returns to Bright Moon where she explains to Bow and Glimmer that she has to go to the Crimson Waste where she hopes to follow-up on the few clues she has about portals and Mara and anything regarding her past. To their credit, Bow and Glimmer are good friends and will absolutely be going with her.

Catra is led out by Horde Guards so Hordak can make a display of what happens to those who fail him. Even though having been told earlier of Catra’s great success in acquiring all sorts of First Ones’ tech and how it’s advanced the Horde’s scientific discoveries by Entrapta (who is one of my absolute favorite characters in this series), Hordak is determined to set an example for all those who serve him.

Catra, knowing full well her time is up, decides to go for broke and hollers that Hordak is the one who’s the failure, that he needs her because he don’t know a damn thing and she’s out there making shit happen while he sits in his lab like a real jabroni. Hordak snickers that plans have changed. Entrapta has interceded on her behalf and Hordak will now be sending Catra to retrieve more First Ones’ tech in a barren wasteland where nothing survives: the Crimson Waste.

This was a helluva season premiere!

As I said while doing my rewatch of He-Man, I absolutely love when the writers take us further into the history and mythos of characters and stories we’ve been watching for years and this team absolutely knocked this episode out of the park. I know not everybody will be fans of changes made in the backstory, but honestly, for someone like me who grew on the Filmation series, I really can’t love this more than I do.

We’ve known about Mara and the litany of past She-Ras from early in the series and it’s allowed for a more organic growth for Adora’s path to become the icon we know and love. She’s had moments of incredible success mixed with deep frustrations and feelings of failure that really humanize her as opposed to the classic character who really never faced a true struggle nor had to wonder very long about her past history once she found out where she came from.

If you’re reading this, I’d guess you’ve been watching this series all along and I’m happy for that. This show is a damn good telling of the She-Ra saga and we’re lucky to have it. Even though this is only the first episode, I’m already dreading finishing it off and having to wait a few more months for another batch of episodes.

While this was really just the introduction point to lead Adora on her quest for the season, it opened up so many doors that I really can’t wait to see where it goes and I’m jonesing hard for Episode 2 tomorrow. You should come back and discuss that with me too.

One thought on “Daily Cartoon: She-Ra & The Princesses of Power S03E01: “The Price of Power””